2007 proposal to make area a Wildlife Management Area
The Objective
The objective is to have the Gilpin Grasslands proclaimed a Wildlife Management Area. This land designation in theory allows all stakeholders to operate but mandates a higher level of management which is wildlife/land friendly with Fish & Wildlife staff within the Ministry of Water, Land & Air Protection acting as lead managers.
The Area and The Issue
This unique grassland consists of 3431 ha. Of south facing open grassland and dry forest between and situated on Highway #3.
During the 1800s the east-west Dewdney Trail passed through the Ranulph Gilpin Ranch which served as the only Customs House between the and the Okanagan.
Historically this native bunchgrass (needlegrass-wheatgrass) and open dry forest (fir, pine, spruce plus deciduous shrubs and trees) has been critical winter habitat for a large population of wild ungulates (whitetailed and mule deer, elk and bighorn sheep). Being relatively snow-free with a diversity of habitats that provide nutritious forage, hiding cover and escape terrain, the Gilpin is vitally important to wintering wild ungulates, especially in winters of heavy snowfall.
The 1470 acre Boothman Ranch located at the eastern end of the Gilpin grassland was purchased by the provincial Social Credit government in 1972 with the use of their Greenbelt Fund so cattle could be removed to allow the heavily grazed land to recover.
At a meeting Oct 17 1972 of inter agency bureaucrats it was agreed that wildlife management would be the primary objective. Early in 1973 the Second Century Fund of BC now known as Nature Trust purchased 475 acres that complimented the Boothman Ranch purchase. A hundred year lease with Fish & Wildlife Branch was signed in 1974 that stipulated the land was to be well taken care of.
The Boundary/Kootenay Commission on Resources & Environment in the mid 90's recommended that the Gilpin Grasslands become a Special Management Area which would allow all stakeholders to operate but with a higher level of management. This idea was discarded by government and as a consequence today, over 30 years of work on behalf of wildlife and the land, has been lost.
Despite various multi-sectoral processes designed to manage the grasslands wisely the Gilpin has seen numerous disputes between livestock and wildlife interests. Many meetings and briefing notes have occurred, but the dream created in 1972-73 with $250,000.00 of public money spent to purchase 1940 acres and retire an aggressive grazing regime has been lost.
Current Management (2000-2004)
A study in 2002-2003 examined the management of the Gilpin grasslands since 1972 and the impacts of current livestock management. It classified the plant communities, identified further studies required and provided management recommendations and strategies. The report concluded that:

home (other groups)
Bighorn sheep surrounded by the noxious weed Knapweed in the Gilpin area.
Although this Upper Morrissey Creek area appears lush and pretty, the groundcover is mainly noxious weeds (knapweed, mullein, houndstongue andJapanese annual brome) all of which have no forage value to native ungulates. Restoring the natural biodiversity is essential for native wildlife species, some of which are currently on the Rare or Endangered lists in this area. 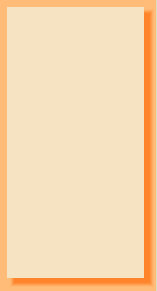 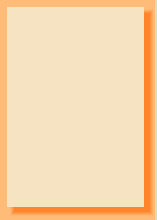 The BC Liberal Government embraced the NDP phase II park proposals in 2007 and created two Class A provincial parks; the 791 hectare Gilpin Grassland Park was designated to protect a distinctive grassland ecosystem and maintain essential habitat for known provincially listed species at risk including blue listed bighorn sheep. In addition the park provides easily accessible recreational, educational and interpretation opportunities; the 43 hectare Boothman Oxbow Provincial Park protects important riparian values including a cottonwood ecological community at risk and is an important site for nature study and other compatible recreational activities
The 317 acre DL 5875 which touched the Grassland Park on three sides was aquired by the province in Sept 2008 with the assistance of the Land Conservancy of Bc and a third party donor and is now part of the Gilpin Grassland Park.